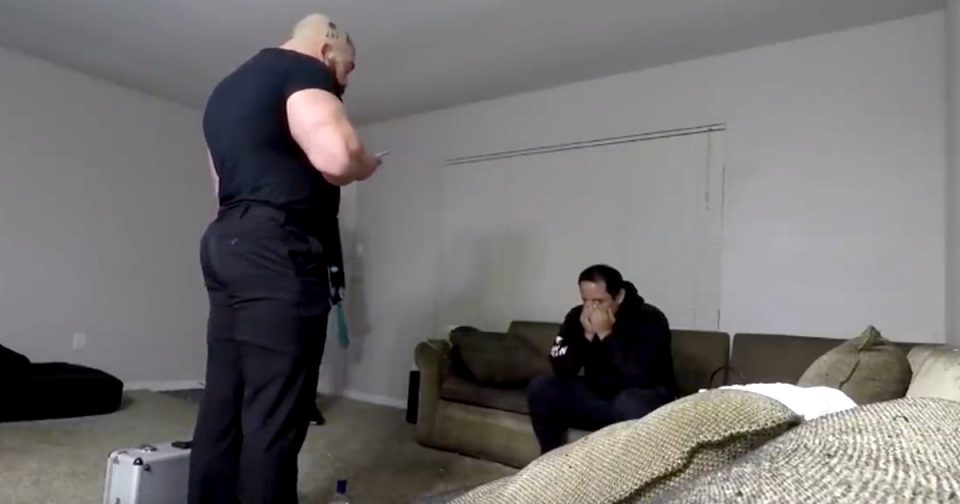 This is the terrifying moment a 23-year-old man entered the home of who he thought was a 14-year-old girl.

After speaking with the ’14-year-old’ decoy, the girl goes into a different room, leaving the 23-year-old feeling a little suspicious as he notices a camera filming him.

One man guards the door while another huge Russian ‘dad’ stands over the suspected predator and intimidates him for a solid 10 minutes.

Eventually the dad let’s him go but tells him if he ever does it again, it’s game over.

If I ever find out that you did something like this again, I will cut your f***ing penis off. Do you understand what I am saying to you right now.

I don’t think he’ll be doing that again…

Vigilante pedophile hunter groups have been on the rise during the past few years, and while the police warn against such action, many members of the public believe it is necessary.