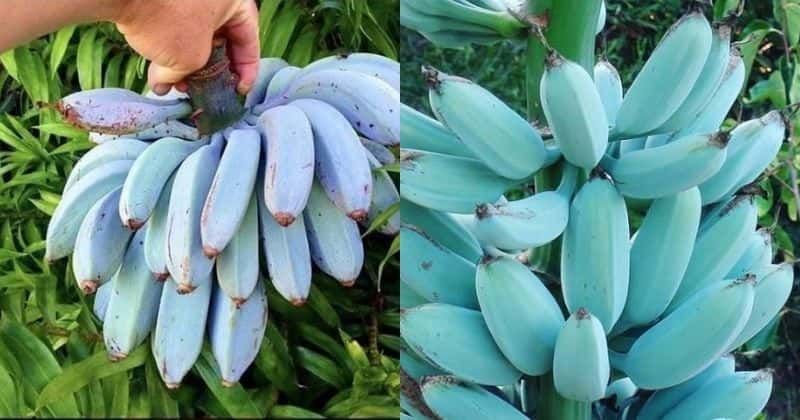 Yes it’s true.. and you’ve probably never heard of this existing but there’s a special type of banana that’s not only blue, but also tastes of ice cream. Oh My!

The Blue Java banana has been explained to have the consistency and flavour very similar to vanilla ice cream. Whilst sporting the same kind of flesh as regular banana, the skin has a blue tint to it… crazy! It’s also known as the ice cream banana in Hawaii. So cool.

Grant Campbell (aka Raw Aussie Athlete)who is a fitness vlogger and raw food enthusiast gave one a taste and videoed his reaction, revealing the flavour was ‘phenomenal’.

Grant said whilst testing the ‘nana:

“Party in my mouth” “You’ve got to wait until these suckers are so soft that you’re ready to throw them away and then eat them – that’s the time to eat them.”

YouTuber ‘LadyFlora’ also tried it, saying the bananas have a ‘very creamy taste’.

“The texture is much better, and it’s sweeter too” “This is a really good banana.”

Turning into a huge fan of the banana, she’s planted a Blue Java banana tree in her garden!

I want to try one!