Dating is nerve wracking at the best of times… you have to meet someone new, leave a great first impression and what are you supposed to wear?! It’s a stressful situation!

This 28-year-old woman went to a lot of effort by spending three-and-a-half hours on a train with the whole trip costing her $115 (£93) to see a guy she had met on Tinder a few months before.

It’s important to note that she had already been on a few dates with the guy but was shocked to hear the word’s that she’d ‘put some weight on’ when she stepped off the train by the 27-year-old salesman. WOW! Rude! She called the rude man a ‘pr***’ and returned home to Syston, Leicestershire telling her friends what had happened.

Jade, seeing the funnier side of the situation, set up a Go Fund Me page to refund the cost of her train ticket, which is currently sat at £440 ($540). Oh my…

“Date called me fat and got offended when I told him he was rude and acting like a pr***. So took me back to the train station 5 minutes later. 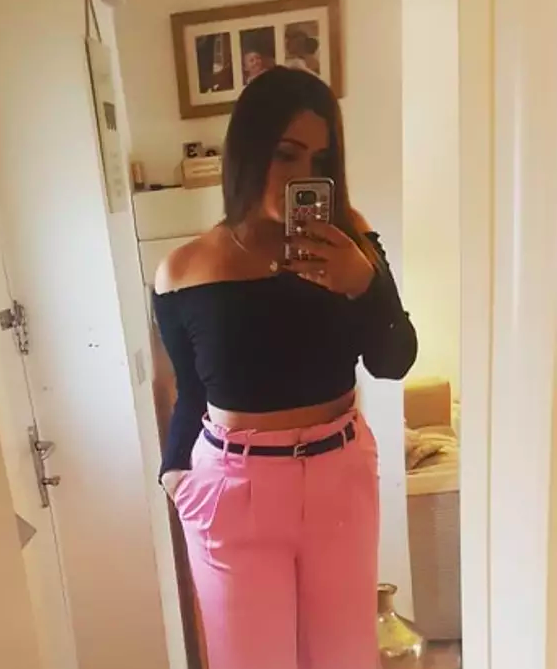 Jade travelled 41 miles from her home town to Peterborough because she had missed the coach from Leicester and had to get the train.

“I was chatting to him on the phone when I got to the train station, waiting for him to pick me up.

“It was clear he wanted to call the whole thing off, but I still hoped we could have a nice time so we went to his car. But he said, ‘I can say it, it’s a fact. You have put weight on, so therefore I can joke about it.’ She ended up waiting another hour for her return train home and that is when she set up the GoFundMe page whilst sipping a glass of wine.

“My mates were laughing with me, saying, ‘You’ve paid £90 to go to Peterborough, be called fat and then get sent home.’ It was the worst and shortest date I’ve been on. I see the funny side and that’s why I did the GoFundMe.”